If you’ve been to one of my poetry workshops you’ll know that everyone becomes much more creative after a serve of decadent northern European home baking, preferably involving chocolate. By popular demand, here’s the recipe for my mum’s chocolate slice.

Allen Ginsberg, who died before I got around to inviting him, wrote a satirical poem entitled ‘Cmon pigs of Western civilisation, eat more grease’. Hmm. Well, if it worries you, substitute a politically-correct binding ingredient for the melted butter.

Ginsberg might have called this a brownie, but my mum is English. When I was a kid we had slices and biscuits, not brownies and cookies. Cookies existed only on Sesame Street. 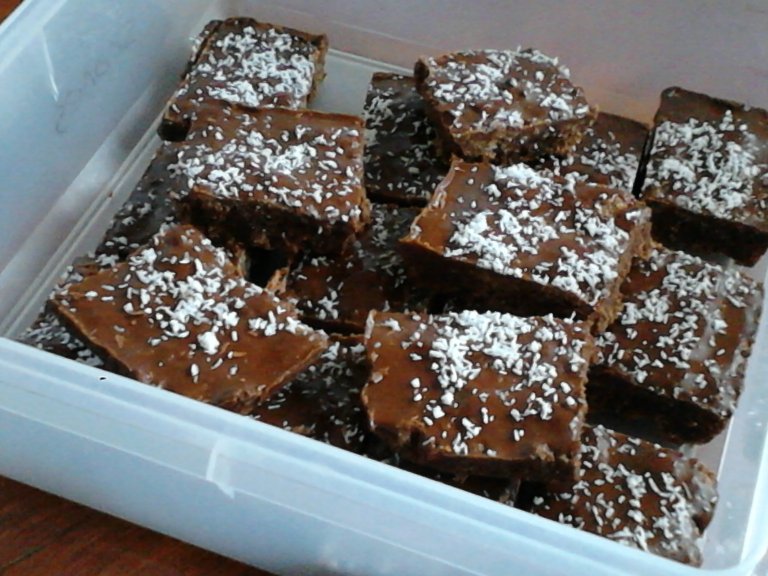 It has to be cut while hot and still soft, and iced immediately so that the icing melts in. Otherwise it’s dry, biscuity and not half as yummy.

This freezes really well and tastes great straight from the freezer.

It occurs to me now that it might be even better with rice bubbles added to the mix. Or chopped hazelnuts, perhaps.

Best served with excellent coffee, although children might prefer a glass of milk.

2 thoughts on “Ginsberg misses out. My mum’s chocolate slice recipe”